Hundreds of years ago, humanity left Earth for the stars. Eventually, they found a paradise: Eden. And on that paradise were the Juins. In time, the colonization of Eden by humanity lead to a war between humans a Juins. In the end, the Juins lost.Hundreds of years later, Juins are secluded on their own continent and humans make up the majority of Eden's population.


But over the past few years, strange occurrences were noticed all over the world. People were seen flying in the skies. Fights took place between people that could bring down buildings. And at the center of it all is a small number of individuals with amazing abilities. Some of these people want to lead normal lives, and some plot to use the strife to wreck havoc on the world. These people are brought together by circumstance, and those virtuous enough band together, because whether they like it or not, they're Forced Heroes. 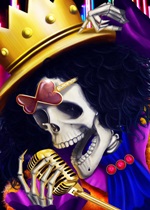