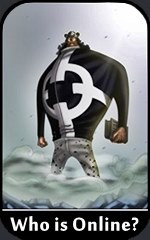 Our users have posted a total of 6376 messages

We have 120 registered users

The newest registered user is Knux